The first place to start on the rumored Sprint / T-Mobile merger/acquisition is to look at the merged entity's total spectrum holdings. AllNet Lab's Spectrum Analysis Tool with June 2014 FCC data was used for this analysis.  The Spectrum Analysis Tool is available at www.allnetlabs.com along with National Carrier Spectrum Holding and LTE Channel reports.  In the map below, you can see the counties where the the spectrum held will exceed the spectrum screen (Orange) or will greatly exceed the spectrum screen (Red).  In addition, you can see that in some counties the merged entity will have up to 374MHz of spectrum. 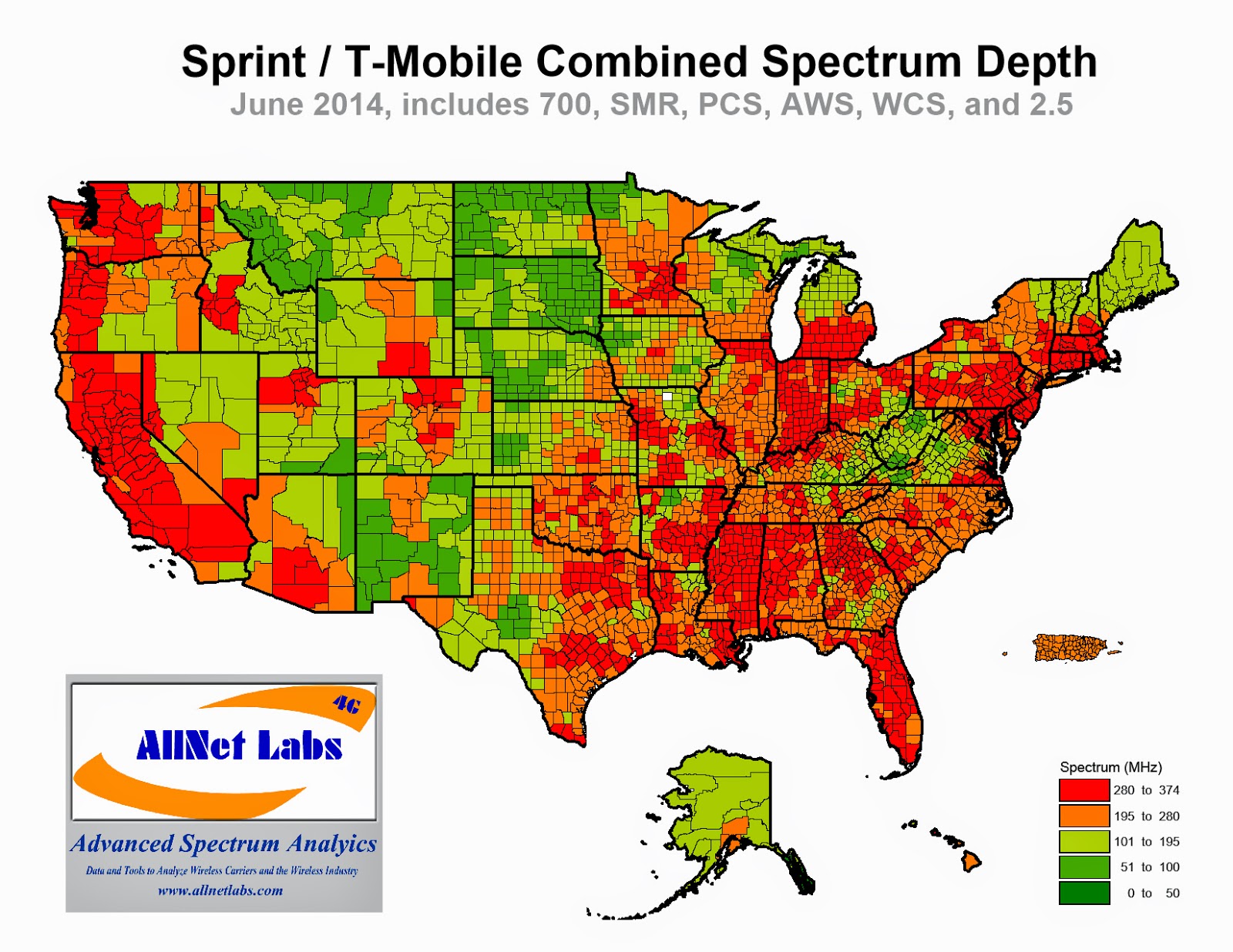 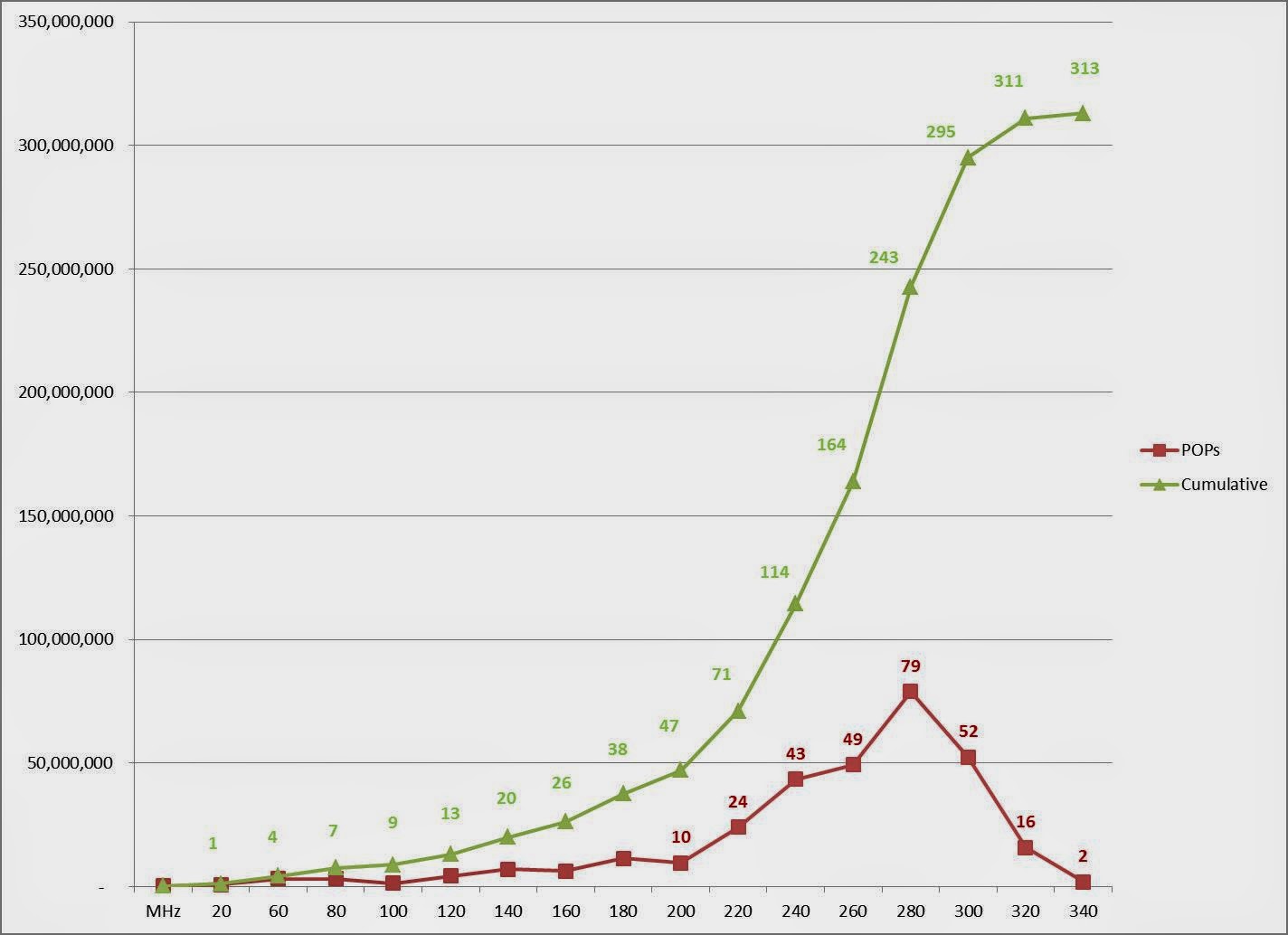 AllNet Lab's Spectrum Analysis Tool is an Excel based product which allows users to visualize and analyze the current spectrum ownership for all of the mobile carrier and satellite frequency bands at a county level for all 50 states and US territories.  The Spectrum Analysis Tool includes 15 color-coded spectrum holders and over 600 additional identified carriers.