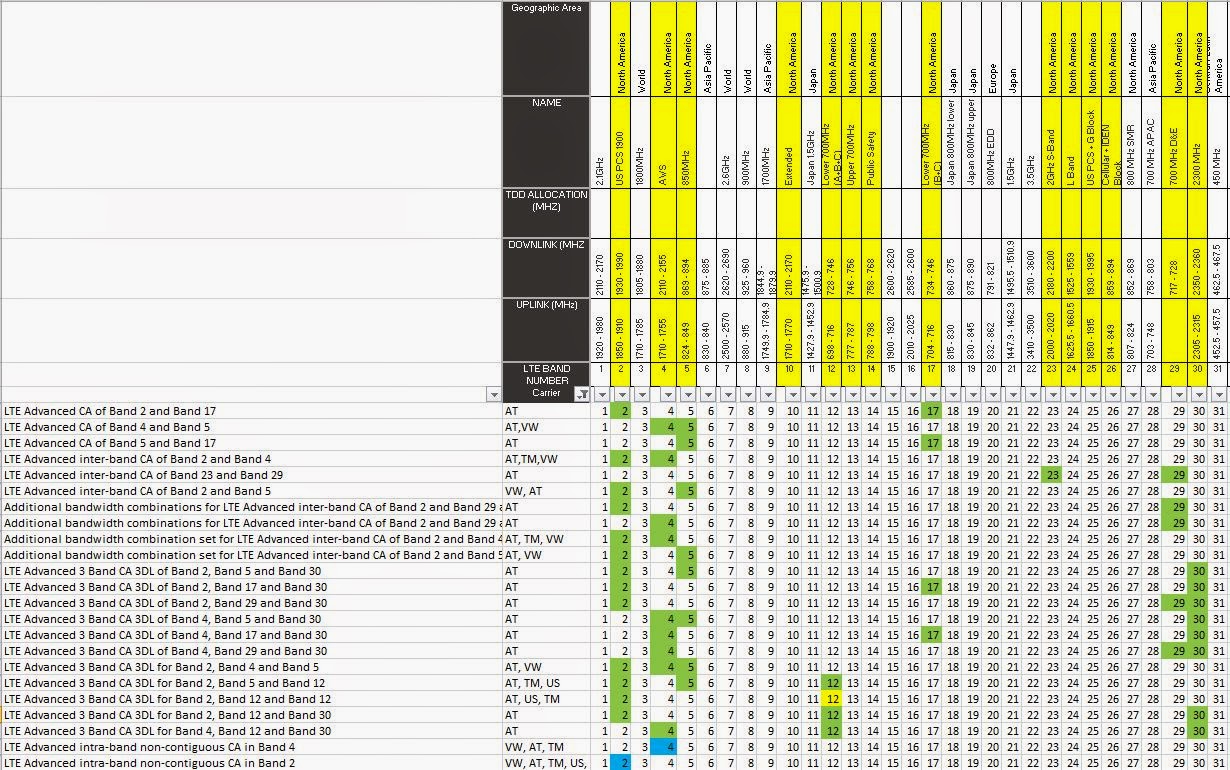 Customer Requirements for LTE Advanced Carrier Aggregation for Band 5 and Band 17.  This appears to be supporting AT&T's need to aggregate carriers between their 700MHz (Band 17) and the Cellular band (Band 5).  No mention of including the redefined WCS band.  Could this be a sign that AT&T's growth plan for LTE will be to grow into the cellular spectrum first, and then to the WCS spectrum?